The kids opened up the water table to find a surprise! The seeds they had played with in the dirt/mud had sprouted. And they were HUGE. The third picture is the seed in a bag on the window which you can see is no where near that big. We discussed what may have made the seeds in the table grow so much more then the ones on the window. We decided that the window is colder and that maybe the lid being on had something to do with making a good environment and that the dirt probably had a lot to do with it. I can't believe how much these seeds grew in such a short time!! 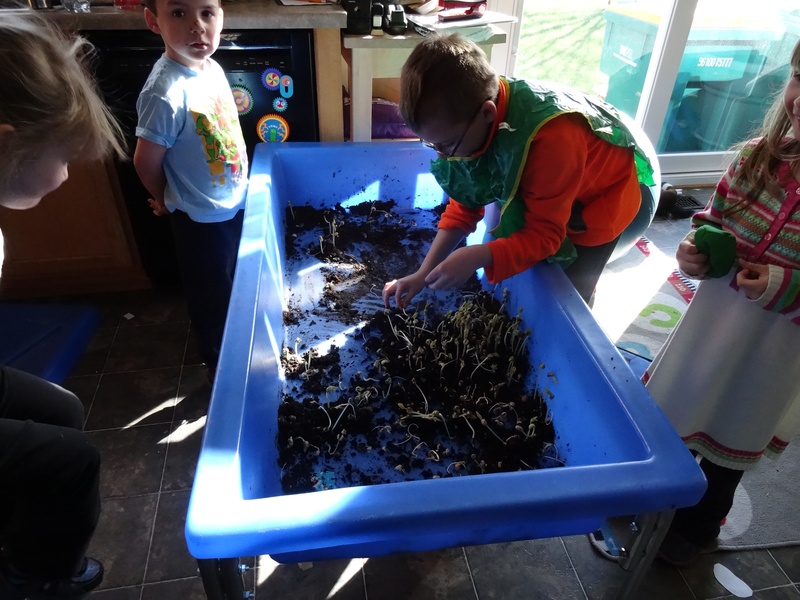 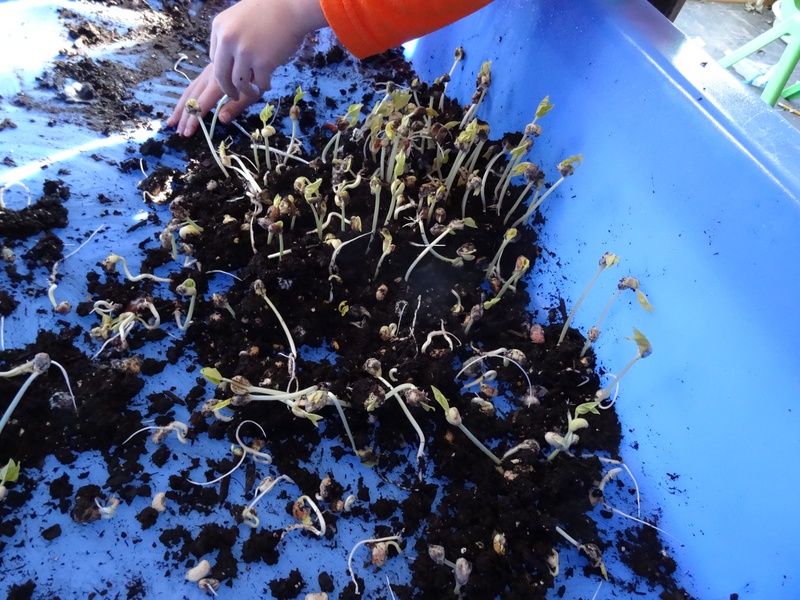 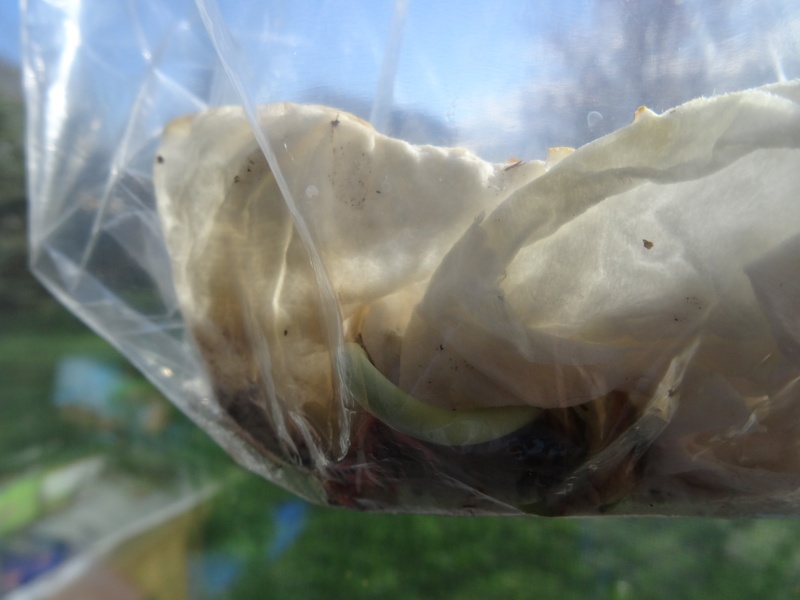 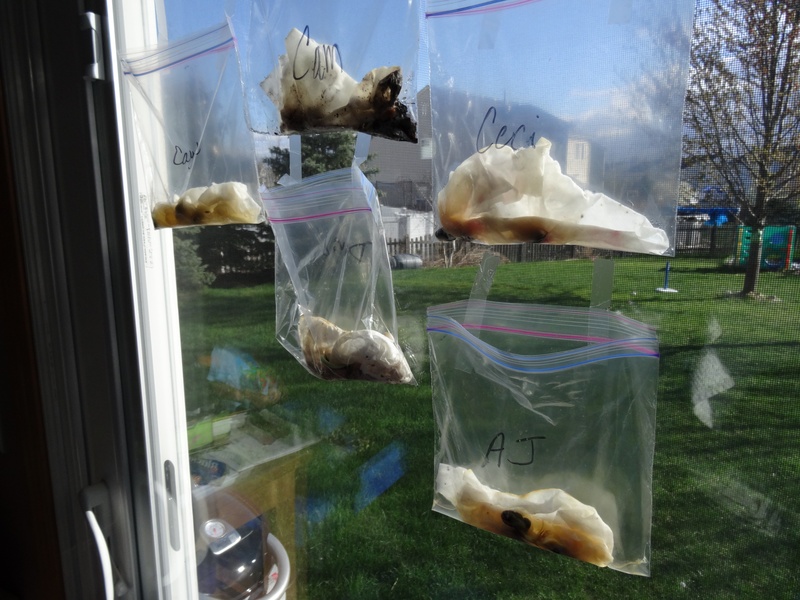