HOW do you go about getting them to sleep or stay asleep?

Overtired Children - When a child is overtired they don't act sleepy, instead they get hyper. For a baby they will get VERY crabby and cry. Each child has a "window" of time when they will easily fall asleep. If you miss the signs and miss that window of time you are going to have a very difficult time getting the child to calm down. Often if a parent has a hard time getting a child to sleep the key is to make bedtime EARLIER so they don't miss that prime sleep window.

So, you know kids need sleep, and lots of it, but HOW do you go about getting them to sleep?

INFANTS - I believe in the Baby Whisperer's EASY method for a schedule, and the Happiest Baby on the Block 5 s's method. Those two combined will make cio not be a needed thing (at that age)

EASY - when the baby wakes up it Eats. After you feed it, then it has Activity - bouncy seat, tummy time, sitting up and playing with toys, swing, exersaucer, etc. When the baby gets fussy check the B's - boredom, butt or burp. If it's none of those then off to Sleep. Don't wait for the baby to do more than get the tiniest bit fussy, then see what is causing the fusses - if it's just that they needed their diaper change do that, but if it's not the activity is boring, the butt is dirty or they have to burp, then put them down. This may happen after as short as 45 minutes, don't freak, it really means they are tired.

Now, to get them to sleep use the 5 s's. Swaddle the baby, hold the baby on their side and sway as they suck on something (paci, your knuckle or their finger/thumb) and make a shush noise. This will calm your baby. When the baby is calm, but not asleep yet, keeping them swaddled lay them in the bed. I like to pat them instead of sway after a minute or two cause you can still pat after they are put down but you can't sway, so pat the baby and continue patting gradually decreasing it as you put them in the bed. Also continue the shushing as you put them down, again gradually getting quieter.

If you do these two you will find a well rested, easily managed baby in no time. If a baby wakes before 1 1/2 hours then wait ten minutes before going in, most babies settle in that time period and go right back to sleep on their own.

Older Children - unfortunately if you didn't do the above before about 9 months old you may be in for a harder job. First you have to have the right environment - a DARK room, music on continuous play, sometimes a fan is needed in addition to the music, no distractions, naps not being optional, and a consistent schedule. To create a dark room I put the scratchy part of velcro on the window frame then I take black felt and have it cut so it is 12 inches wider and taller then the window opening. Double the felt up so even on the sunniest day the room is dark. (The reason for this is because our body needs darkness in order to reach deep sleep.) Other things to do -- dim electronics (I cut pieces of window cling car shades and put it over the display), remove TVs from bedrooms (A report from July 2011 states that preschoolers who watch TV in their room took a longer time falling asleep and woke up more drowsy in the morning. Additionally, children who spent only 30 minutes of screen time viewing before bed were 28% more likely to have sleep difficulties compared to 19% who had no screen time), and most of all, set an early bedtime. Most children have a built in alarm clock so I believe a 7 pm bedtime is needed to make sure they get enough sleep. This makes sure you don't miss the window of sleep and that the child will get the 12 hours a night they need.

Some children are particularly difficult and cry it out may be needed. Other children may fight staying in their bed. For these children you can do a few things. You can do the Super Nanny method where you keep putting kids back to bed immediately when they get out without any interaction or emotion and slowly moving farther and farther away from the bed. Another method you can use is removing all the stuff from the room except the bed. This means no toys, no books and no lights. You may have to even turn the knob around after a bit. (Don't freak out about this knob turning around thing - but think about this - if you are asleep do you want your child to be able to have free reign of the house? If there is a fire don't you want your child to be IN their room where you can get them instead of trying to escape? If they can reach the knob and lock it, wouldn't it be better for them not to lock themselves in the room so you can't reach them?). If you have been rocking or laying down next to the child you can do a slow transition - so hold her but don't rock tonight, then after a few nights of that, hold her in her bed, then move farther away each night until you are no longer the thing needed to put her to sleep.

If all that still fails, try eliminating milk from their diet. There was a study done in 2001 that showed that the majority of preschool sleep problems were a hidden milk allergy. For my experience with this, read my story below. 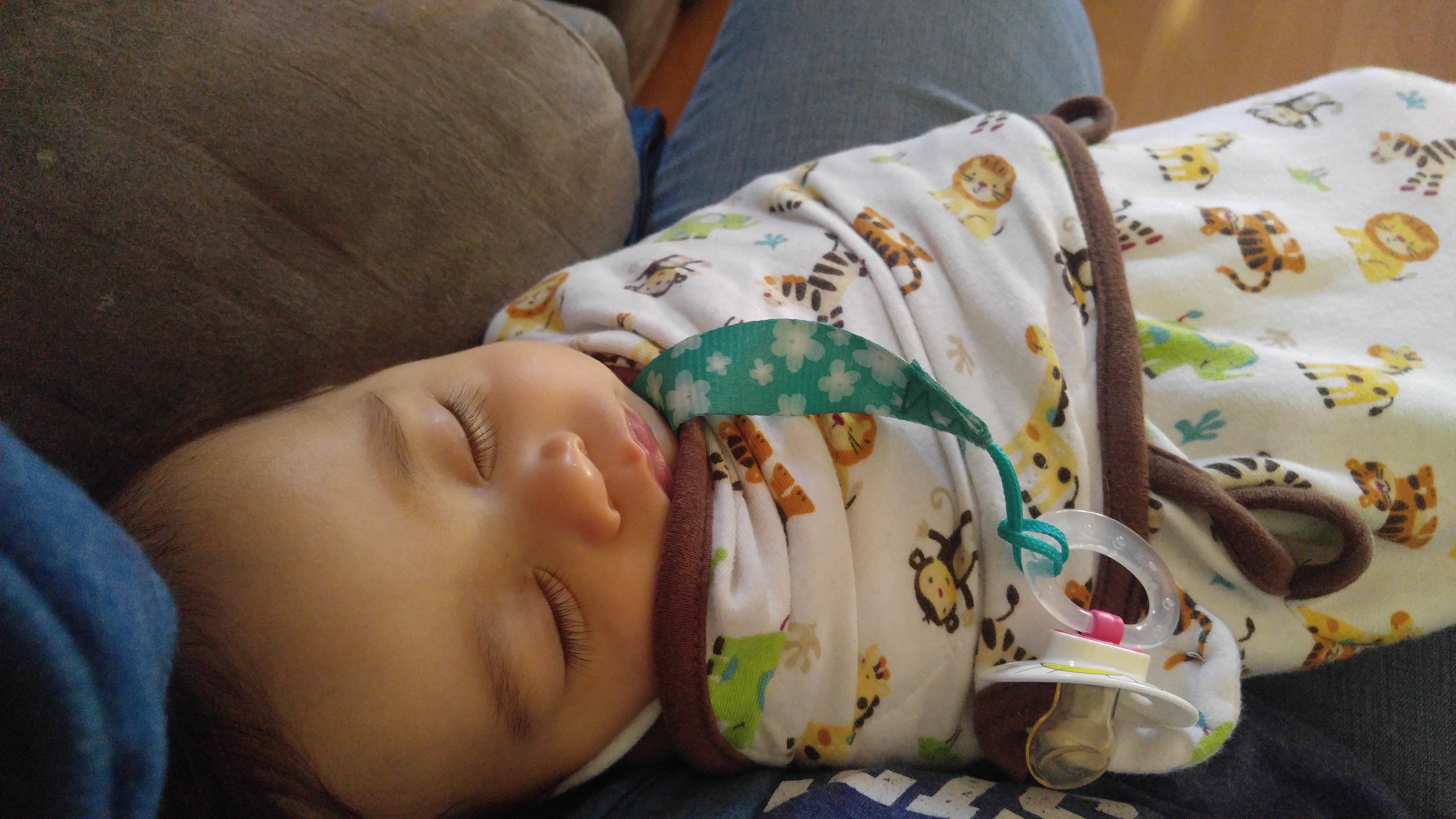 I have had some failure in the sleep department as a mom. I thought that it was SO easy. After all when I had worked in daycare centers I just patted backs, kids slept and nap time lasted 2 hours every single day. When I babysat I put the kids in their beds after reading them a story, and told them to sleep and they did. Maybe once or twice I had to lie next to a kid for a few minutes, or pat a back, but overall - super easy.

Then I had Tara. She was sick from 2 weeks old until 10 months old. Almost the whole time. Hard to get a kid to sleep through the night when they are coughing from RSV. Then she was failure to gain weight. She literally lost weight if she went 8 hours without drinking/eating. So we had doctor's orders to feed her if she woke up. By the time she was two I was ready to force the issue, her weight had steadied and I was ready. But the habit was there. She went to sleep great but would wake 2 to 20 times a night. Most nights much closer to 20. Right before she turned 3 we sold out townhouse but our house in Plainfield wasn't built yet so we lived like nomads for three months. Hard to ask her to sleep through the night when we were never in the same house for more then a few weeks. Then Elise was born..

See how the years of bad sleep happen? It snowballs, and becomes habit. By the time she was 3 1/2 I was at my wit's end. I could not survive much longer with two kids not sleeping through the night. So, I started researching sleep. The solution for Elise was solving her colic with a chiropractor visit and two nights of sleeping in the farthest corner of the house from her so I didn't hear her crying. For Tara it ended up that she had a hidden milk allergy. There had been a study done in 2001 that showed that the majority of preschool sleep problems are really hidden milk allergies. I took milk out of her diet two weeks before she turned 4. By the end of the first week she started sleeping through the night. Six solid nights of 13 hour sleeps had me wondering if it were just a fluke. So I overloaded her with milk products that sixth day - cheese, yogurt, milk, ice cream was her diet. She was up six times that night. Took all the milk things away again and we had a great night time sleeper. We found that two glasses of milk or milk after noon caused night time waking and we finally had solid nights of sleep for everyone in the house.

So, the moral of this story is that sleep training is hard. Some things I learned over the years by being a parent or daycare provider and some I learned with my research when I had problems with my own children.