Do you remember climbing a tree when you were younger? I used to climb to the top of the maple tree in our front yard, trying to go higher than the house, then I would sit up there and read my book for hours.  I loved being that high up, feeling the breeze and being alone.  I didn't even think of it as risky honestly, it was how I grew up and even though my brother had broken both his arms falling from a tree when I was a toddler, I still considered it a normal non-risky activity. Later when I was a grown up my husband and I loved going for hikes in the forest and always felt trees were just a part of our lives.  When we moved to this house one of the first things we did was plant trees.  When the trees and kids got big enough it was only natural to let them climb the trees.  It wasn't until the internet chat groups became a thing and someone was horrified that I let the kids climb the tree that I even thought of it as a risky activity.  Yes of course you had to learn how to do it and pay attention to safety rules but risky?  It made me think if I was putting the children at risk.  I always prided myself on having a safe environment.

So, I evaluated the safety of tree climbing. I made sure the kids didn't do it until they themselves could pull their own body up into the tree, that showed they had the arm strength to climb a tree.  I made sure they understood to only step on branches that were alive and thicker than their wrist to eliminate the risk of a branch not holding their weight. I made sure they understood to keep 3 things touching the tree at a time (arm, leg, etc.). I made sure they understood how to get down on their own without help.  I didn't let them climb without spotting until I felt they were doing it properly.  I just naturally did those things.  It turns out I was do a risk value evaluation.  I could make it a tiny bit safer if I put rubber mulch under each climbing tree so if they did fall they would be cushioned but have decided that the possibility of risk is very small and not warranted to have the mulch. Climbing a tree gives the children so much enjoyment, confidence and confirmation of their own strength that I am not going to stop.  I went to a conference on nature play this summer and it turns out I'm doing the right thing!  The presenter had done a doctorate study on tree climbing and found the accident rate lower than a whole bunch of other things that people don't bat an eye at.

Like I said, I pride myself in having a safe environment.  But we do "risky" things. I teach the kids how to use sharp knives, we do science experiments with fire, we go on field trips and a whole bunch of other things that I have learned some people consider risky. I naturally teach them in a manner that is conveying to the children how to use those things safely.  Doing a science experiment with birthday candles on metal trays with a glass of water right there is less risky than blowing out a birthday candle on a cake.  I am controling the eliments of risk and making sure the kids understand why we are taking those precautions.  And studies prove that taking controlled risks gives the children a higher degree of self regulation, responsibility and body awareness.  It's nice to have science backing up my well, science experiment. 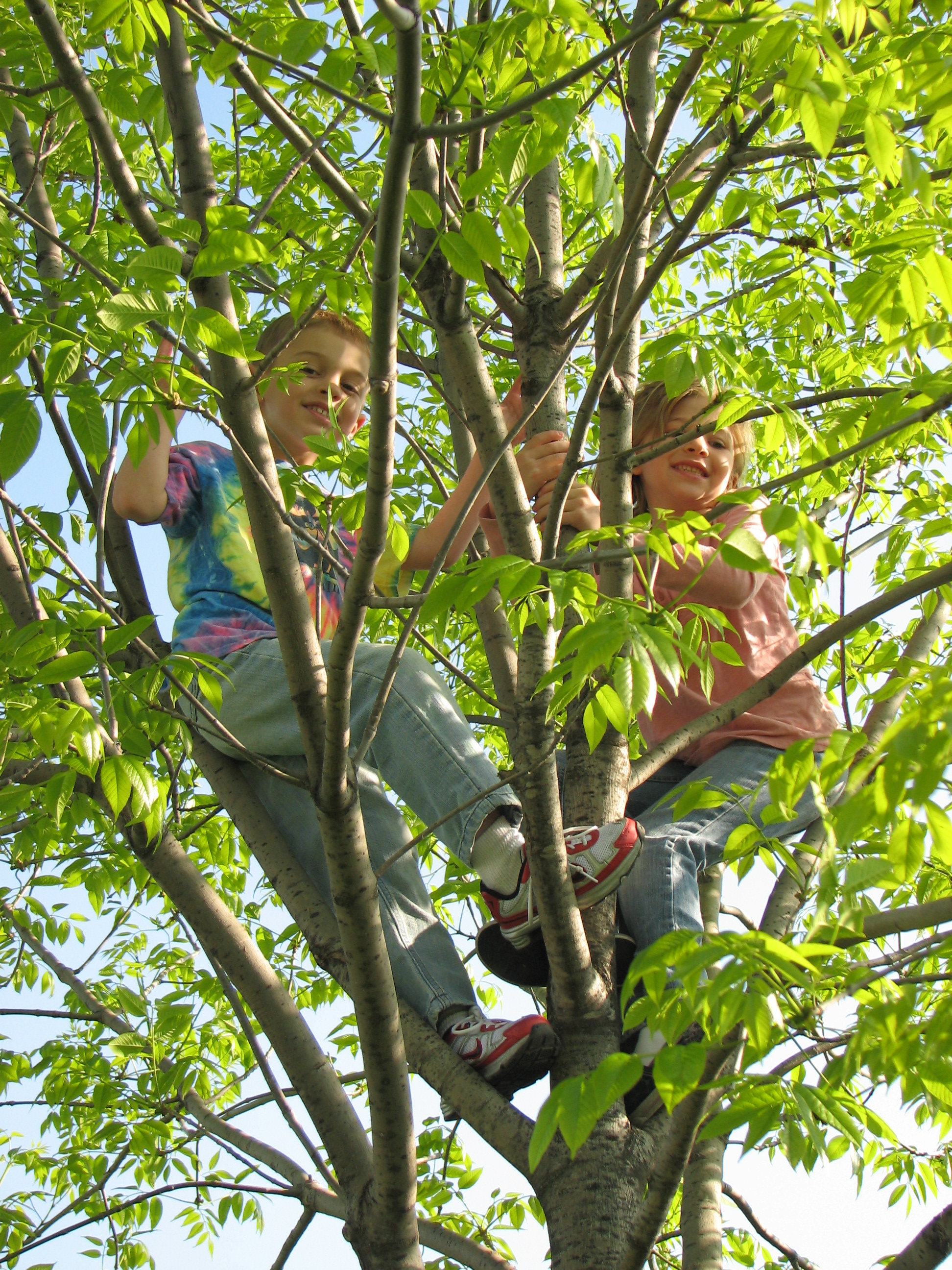